A thousand noises, sights and smells surrounded us. The roads flowed with scooters, mopeds and motorbikes, the streets full with early risers. After the struggle of the past few months it felt amazing be here, with the team, in Vietnam, at the centre of Ho Chi Minh City.

Yet there was still anxiety within me. Would I make it? I wondered. In all my weakness did I have any chance of getting through? On my own, no. But with Him, yes.

It was orientation day, and each of us having had a proper nights sleep, we were excited for the next two weeks, excited for all the experiences that were waiting for us ahead.

This was the first question written on the sheet that we each held in our hand:

‘What are some specific things you would like God to teach you during this trip?   How would you like to be different when you return?’

We went round the group, each of us voicing what we had written in response. I gave my answer (slightly less eloquently than I’ve written here):

I remember squeezing new points onto the sheet as the others said what they wanted to learn. Everything each of my teammates said resonated with what I wanted to learn too.

Then one point hit me just a little deeper than the rest:

‘I want to learn how to have more dependence on God each day.’

In a way, this summed up all that I had written, I wanted to learn not to depend upon myself and instead depend upon my Heavenly Father. I wanted to become more dependent on God’s plan for me, not seeking my own desires, but trusting in God’s purpose for me. I wanted to feel how much this country needed the gospel, how much all of us need God every day.

Quite frankly, I had been terrified of going on this trip. Weeks before we set off for Vietnam I was hitting low points in my struggle with depression. I found myself avoiding many plans that I had made, I couldn’t face weekends away or even casual social gatherings. How was I going to survive two weeks on the other side of the world? My expectation was that I wouldn’t be able to cope. I was afraid that I’d be stuck in a situation that I couldn’t escape, afraid of panic attacks and breakdowns. But somehow, I had made it there. Somehow, I was in Vietnam, with two weeks of new and challenging experiences ahead of me.

And it was so much better than I had expected. Vietnam was wonderful, like nothing I had experienced before. It was amazing. And yet there is no denying that it was half a world away from what I’m used to.

The culture, the language, the climate, the streams of mopeds, the temples, the shops, the small stools, the delicious food…

It was all different to my life in England, and yet the simple and beautiful thing is that God was still there, still leading me, still protecting me, still loving me, as he does every day.

And he was still teaching me to. Being in a new place brought to light what was hidden in the familiar. With all the usual circumstances changed, the question was raised, what was still at the centre? 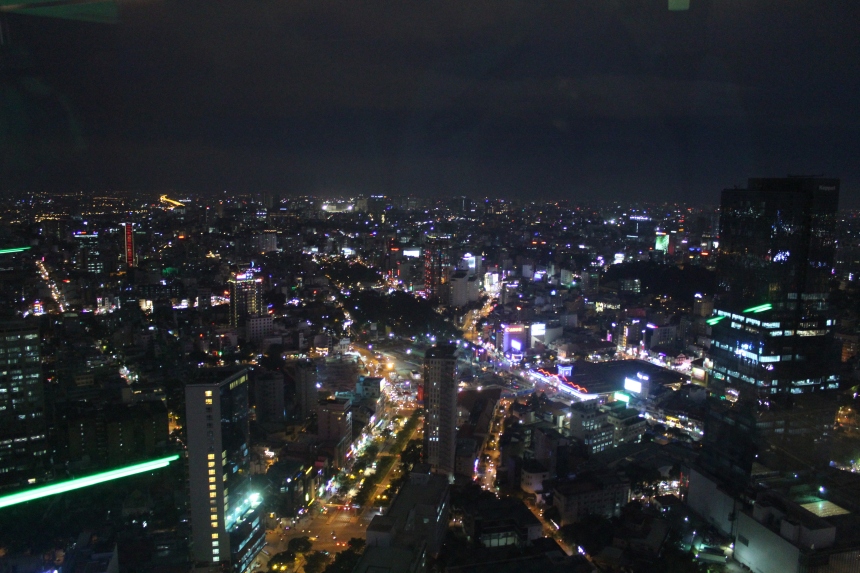 Was God at the centre? Or was it something else? Did I value something more than my creator and saviour? The circumstances that blurred my values, the culture that projected certain priorities into my life, they weren’t there any more. And so the light shone bright on the things that I daily depended on.

Independence is not something that comes naturally to me. And sadly, neither is dependence on God. In many situations, particularly during the low points of my depression I would find myself in desperation, asking ‘Where can I turn?’ And my instant response would be turn to other people, to friends, family, to people more responsible than me. Yes, friends are there to support each other but dependence that goes only one way isn’t helping anyone. Neither is a complete and full dependence going both.

To be supported by friends and family is a blessing, and a blessing I can’t imagine being without. But dependence upon someone else as an adult can push responsibility and guilt on them, whilst potentially raising them up to high in our minds. Like a child realising that their parents are not perfect there will come a time when we realise that the person we’re depending on, putting all our hope into, is not perfect either. Dependence on another human is unstable, friendships fall through, every human is sinful, and sometimes we just have to admit that we can’t carry ourselves, never mind carry each other.

As Jesus was leaving the temple, one of his disciples said to him, ‘Look, Teacher! What massive stones! What magnificent buildings!’

‘Do you see all these great buildings?’ replied Jesus. ‘Not one stone here will be left on another; every one will be thrown down’…

…’Heaven and earth will pass away, but my words will never pass away.’

Jesus is telling his disciples to hold on to him and his word, when the false security of the temple (the manmade place made for God’s dwelling on earth) falls through. In exposing the disciples dependence on earthly glory, this passage reflects how we can so easily place our security in the wrong things.

And yet Jesus does not leave us without security. He tells us ‘hold onto me’.

Earlier on in the Gospel of Mark we are given a beautiful picture of why God is the one we can truly depend upon.

That day when evening came, he said to his disciples, ‘Let us go over to the other side.’ Leaving the crowd behind, they took him along, just as he was, in the boat. There were also other boats with him. A furious squall came up, and the waves broke over the boat so that it was nearly swamped. Jesus was in the stem, sleeping on a cushion, The disciples woke him and said to him, ‘Teacher don’t you care if we drown?’

He got up, rebuked the wind and said to the waves, ‘Quite! Be still!’ Then the wind died down and it was completely calm.

He said to his disciples, ‘Why are you so afraid? Do you still have no faith?’

They were terrified and asked each other, who is this? Even the wind and the waves obeyed him!’

Whilst the disciples doubt Jesus’ power to save, his response is simple and awe-inspiring. In a moment he calms the storm. In a moment he brings peace where once there was chaos. He steps down into our boat, our hectic lives, and fights the storms that we face.

With all of the new experiences that I faced in Vietnam, all the ventures that I made out of my comfort zone, God was teaching me something so basic and yet so beautiful. 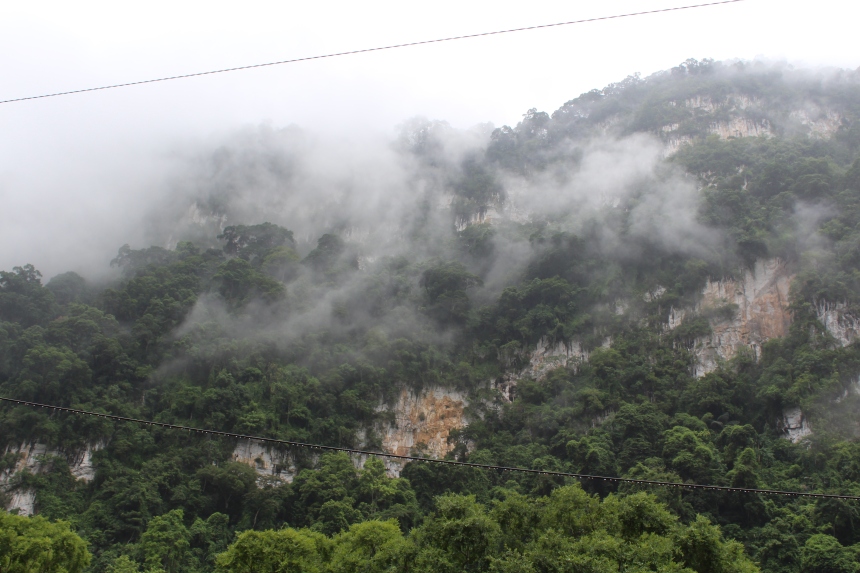 Towards the very end of the Gospel of Mark we are shown the death of Jesus:

We know that God will never forsake us, because Jesus gave himself in our place, because Jesus was forsaken by his father that we may never have to be. When Jesus volunteered his life on the cross, he took the punishment that we deserve and we were made righteous in the eyes of God. We were given the chance to be children of God, to enter the true and everlasting kingdom of our Heavenly Father.

‘The LORD himself goes before you and will be with you: he will never leave you nor forsake you. Do not be afraid; do not be discouraged’

And let me leave you with this final little image. Imagine a father carrying his child, holding on with love and protection. When we call on our Heavenly Father to carry us, he does not drag us along, or carry us resentfully, holding us lightly and without love.

He is a father who delights to carry his child, who will hold on tight and never let go.