And the ruins of the tempest were returned to glory, the light casting itself upon the world as it was meant to be, the world in which everything good that had been destroyed was restored.

And so to follow from ‘Part One: Creation’ I turn to a burning question.

That God created the world, the universe, created us and everything that he has given us, because he loves us, is wonderful. We look around and see so many wonderful things in this world, the beauty of nature, the kindness of people, the support of community and so very much opportunity. 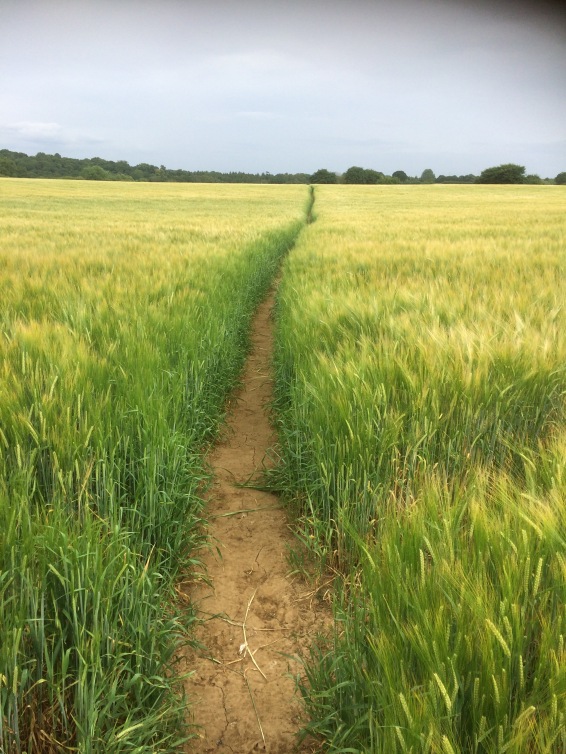 And yet you may be asking, what about the suffering? If God has given us everything, then hasn’t he subjected us to all the pain and trials we face too?

And so we turn, as we did in the second talk of the ‘Mission and the Whole Person’ tract at ‘Forum’, to ‘the fall’. You may or may not be familiar with the story of Adam and Eve, of both man and women eating the apple that opens up the world to sin. God has given us a wonderful creation and yet sin has infected it, when Adam and Eve ate the apple they disobeyed God, they rejected him as the creator and sovereign, despite the fact that God created them with love, that until then they had abided in love together.

When we look at the world now we see broken relationships, broken families, we see that marriage and friendships are great things to enjoy and yet that they are not perfect, are not as they should be. And I believe that this follows the breakdown of the relationship with our father. When we turned away from our creator, our Father, we turned away from what relationships were made to be, choosing pride, power and envy over sacrificial love. I believe that harmony in human relationships is found in our harmony with our creator. To show sacrificial love to one another, from me stems from understanding the sacrifice that God took on out of love for us.

Because in suffering I still believe that there is something beautiful, a desire for love, for satisfaction. Much human suffering can be caused because we seek security in the wrong places, because relationships and reputations that we place our identity on can easily fall through, because the satisfaction we find in the things of this world doesn’t last. I do not account here for every form of suffering, but there is something highly significant in the fact that many of the problems and sufferings that we face are overcome in the offer that we are given in the sacrifice of Jesus, in the possibility of a personal relationship with our Father in heaven. 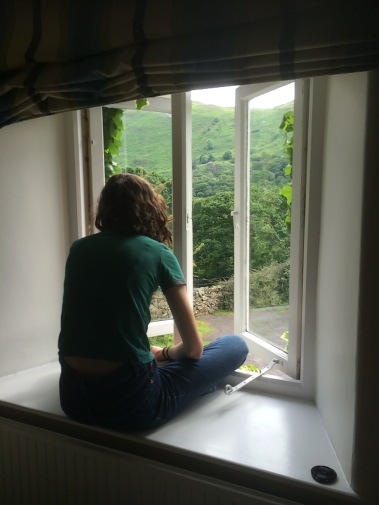 We face conflict even within ourselves, and I believe that this is the conflict between our sin, and the fact that we are made for something greater. The speaker at ‘Forum’ used the image of ‘glorious ruins’, describing how, like the ruins of old castles and palaces, you can see what we are meant to be and yet we are still ruins.

C.S. Lewis famously described the world that we live in as ‘the Shadowlands’, a shadow of what it was meant to be. Sin really has effected everything, but there are still great joys, great wonders, and there beauty is perhaps made greater in contrast: ‘unless you taste the bitterness of the world, you won’t really taste the sweetness of the gospel’.

And yet, as a Christian, I do not wish to ignore this suffering, simply because I know that this was not the way we were made to  be. Everyone feels the brokenness of the world, and we are called not to run away, to deny brokenness, but to live with people, to share their reality of life, to share their sufferings.

And yet, with Christianity there is an answer, a joy, a hope that as glorious ruins we will be restored. And that hope is our redemption. To explain redemption I want to turn to a something that Paul, an apostle, writes in his letter to the church of Rome, now recognised as the book of Romans:

Whilst we were still sinners Christ died for us. Romans 5.8

Jesus came from his throne in heaven to our world, becoming a ‘helpless babe’, from the glory of heaven, to the suffering of the cross. He took on our punishment, he was without sin and yet he paid the price of our sin, he paid the debt that our rejection of our creator had made. He bought our forgiveness through the suffering that he experienced on the cross.

And after three days he rose again, giving us the chance to join him in the eternal life that God intended for mankind, which he loves. Jesus shows us through his suffering that it was not this way once, and there will be a time when it will not be anymore…