A golden light broke through and the grey of the storm was washed away. It was a light more beautiful than she had ever imagined, more pure. 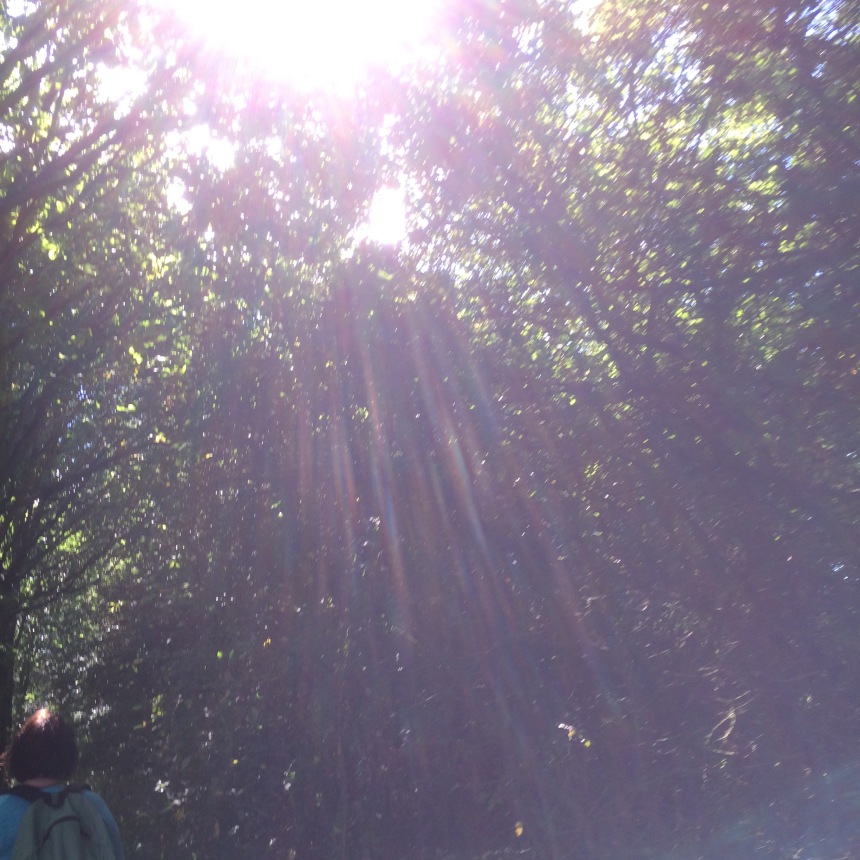 In the middle of the first semester of my second year at university, as I face an array of distractions, the things I heard and the things I learnt at ‘Forum’, a camp preparing Christian Unions for the year ahead, almost two months ago, stands out strongly in my mind.

Having only been a Christian for around a year, the joy of heaven is new to me. It is a wonderful security and I hope far beyond any I had expected. And it is wonderful. And yet, again and again, I find that I have failed to recognise this joy in my life. Again and again I have been too focused upon worldly ambitions, on the near future, rather recognising the joy that the certainty that the far future brings.

During the week away at ‘Forum’, I attended a series of talks titled ‘Mission and the Whole Person’. The name was fairly ambiguous but I was still excited to learn how sharing what Jesus has done for us affects my whole life, down to the details of every day. The talks, however, far exceeded my expectations.

As we travelled through the bible, discussing creation, the fall of man, Jesus’ death on the cross and the hope of new creation, of heaven, the truth of the joy that is yet to come was made new to me once more. I think that, as humans we find it hard to understand heaven, to fathom the possibility of eternity. We live in a world that is scared of death, and yet a world that sees the everlasting life that Jesus has bought for us as far too good to be true.

And in a way it is too good, it is more than we deserve, and yet it has been given to us freely by our own creator Himself. Throughout my little series, I wish only to show you something of the joy of eternal life that I was reminded of as we focused on the hope of heaven.

With each talk we travelled from the beginning to the end of the bible, and so, of course, we began by looking at creation. The speaker talked of how even Christians can become focused only upon the fall of man, and the cross, and forget the importance of creation and the new creation that is yet to come. I realise many of the phrases I’m using are confusing and that I seem to be assuming understanding, but I hope you’ll bear with me, as I try to work out what these ideas mean myself.

I am aware, too, that many will disagree with my view of creation, that others may see creation as meaningless, this world as an accident, some may even see our existence as an illusion or a prison. I don’t wish here to build up all the evidence, all the arguments for why our creations rests upon God, I am not the right person to do that. I only want to show how viewing creation in light of Jesus can be revolutionary to our lives.

As we looked at Genesis, the first book in the bible, we see how God brought creation into being, how God created light out of darkness, created night and day, created the sky and the sea, created land and vegetation, created the stars, created the fish, the birds, the animals, and created mankind itself. We see His amazing power, and we see too his genuine love, his true grace, ‘God blessed the humans…’ And I think that this shows us something of just how wonderful it is that the creator of the universe is a God that loves us, a God that reaches out to us, to every individual.

And this is shown throughout the entirety of the bible. In the first chapter of the book of Colossians we find Jesus, the Son of Man, God born as man, described as so:

For in him all things were created: things in heaven and on earth, visible and invisible, whether thrones or powers or rulers or authorities; all things have been created through him and for him. He is before all things, and in him all things hold together. And he is the head of the body, the church; he is the beginning and the firstborn from among the dead, so that in everything he might have the supremacy.

The speaker challenged us to look at the world, the universe, and to see everything in the light of creation. To recognise the blessings that God has given us and to even simply enjoy the things that we love for the glory of God. He talked of how worship is not just about things that are considered godly, not just prayer meetings, bible studies and singing, but that worship takes place in our everyday life, in our simple appreciation of God’s creation.

In Genesis 3, after God has brought all the different aspects of creation into being we are told that God declared the world good, ‘God saw all that he had made, and indeed, it was very good!’ God did not make this world without reason, we have not been abandoned by Him. God created the world out of love and thus, God loves the world. The bible tells us that humans were created in God’s image. It tells us too, that out of darkness, God created light, created order.

As image bearers of God, we are challenged as to whether we are grateful, as to whether we recognise, in our lives, the blessing that we have been given, the love with which we have been made. God created the world in glory, created us in His image, to bear his glory too, but how truly do we reflect God’s glory back to Him?

God has given us this creation, has called us to be a part of it and we are given the opportunity to worship Him through enjoying what He has given us. Is that really such a terrible ask? Does God not deserve our thankfulness, our gratefulness, if everything we have has been given to us by him?

1 reply to The Big Picture – Part One: Creation